Lead Now! The Law of Navigation 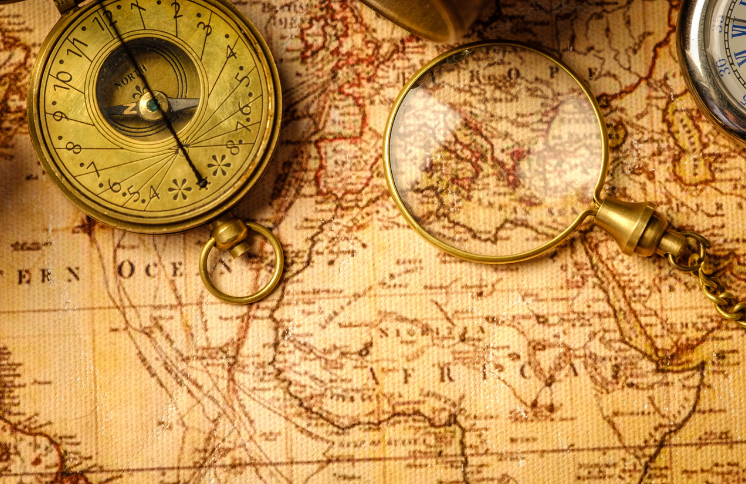 Anyone can steer a ship.  But it takes a leader to chart the course.

We all need a huge vision that will pull us forward through tough times, a vision that will motivate us and keep us going.  But a real leader knows how to draw a “road map” from where he is to get to that vision.  The Law of Navigation teaches us how to achieve this.

A ship that departs a harbor and does not have a destination in mind, does not sail, it floats.

It is essential for a leader to craft a vision for his own life and also for his team.  I need that vision because that tells me where I’m going and it pulls me forward through tough times.  It is something I teach at my camps.  The School of Leadership development camps are called Desert Walks and they are indeed very demanding, tough events that take participants out of their comfort zones and stretch their limits.  It always starts with a tough walk – the distance determined by the age of the participants.  When you walk a long distance like that, and you have people in your group who are struggling and holding the others back, it is very easy to become negative and focus on your pain and fatigue.  It is during those times that I teach the participants to “Cast a Vision” – to take their minds off the immediate circumstances and focus on something beautiful that is waiting somewhere in the future.  A vision pulls us forward.

But a real leader does not only cast the vision.  Yes, the vision is important for me to know where I’m going, BUT I also need to know how I’ll get there.  The real leader knows how to create a “Road Map” from where he is at the moment to get to the vision.  That is true leadership – getting your team from where you are to fulfill the common vision.

In 2003, Springbok rugby was at one of its lowest ebbs.  The South African National Rugby team was just eliminated during the quarter-final stage of the Rugby World Cup.  This was the final straw after a year of turmoil.  When the team returned to South Africa, the coach was sacked and he was replaced by a former SA under 20 coach, Jake White.  White’s first task was to rebuild the Springbok brand, bring the respect back and coach them to a better performance at the next World Cup.  History shows that the Springboks played in France during their November tour of 2005.  After the match (that France won), Jake White pulled his team together and told them that they would be back at this stadium in 2 years’ time, but that they would be there as the newly crowned World Champions.  He created the vision for the team right there.  And he also told the team how that they would achieve it.  He was busy building the most experienced Springbok rugby team in history and this consistency as well as a common purpose is what pulled this team forward.  When they won the World Cup in 2007, it was a remarkable turnaround from the previous World Cup.  The common vision and the clear pathway to success enabled the team to achieve its goal.

Before I can navigate to my goal, I need to have a very clearly defined goal or target in mind.  I must know exactly where I’m going.  Then I start at the target and I reverse-engineer the “directions” to where I am currently.  On 12 March 2006, Australia and South Africa met in a 50-over cricket match at the Wanderers cricket ground in Johannesburg.  Australia went in to bat and they broke the world record for the most scored in a single 50-over match.  The previous record stood at 398, but on this occasion, Australia shot past that score and posted a world record of 434/4 in their 50 overs.  Clearly, the match was won?! Not quite.  As South Africa walked into their change room, Jacques Kallis famously said “Boys, Come on!  This is a 450 pitch!  They are 15 runs short!”  That lifted the mood but it did not make the target any smaller.  But at least the team had a target.  A very big target, but they knew what they had to achieve.  It would require another World record to break that world record.  435 runs in 50 overs have never been scored, and clearly this goal was too big, too audacious, and too challenging.  The Captain, Graeme Smith, then turned the target into something that was not too big, too audacious, or too challenging.  He asked the players whether they (as a team) have ever scored 100 runs in 10 overs?  Yes, the team said, they’ve done that a couple of times.  “So that will be our target”.  They aimed to achieve 100 runs in the first 10 overs.  When they went out to bat, they achieved that.  After 10 overs their score was 107/1.  The team then focused on the next ten overs, and the next, and so on.  By breaking up the massive target into smaller, achievable targets, they managed to reach the target with one ball to spare.  They broke the world record by scoring another world record, ending on 438/9 after 49.5 overs.  It was a superb run chase and a perfect example of the Law of Navigation in action.

For a leader to lead his team to success, it is clear that he needs a clear vision and a clear strategy, and a clear plan.  But he also needs a united team, a team where there is clarity of purpose and a common strategy.  In Genesis 11 we read about the Tower of Babel – how the people on the earth got together with the intent of building the “tallest tower” in history.  In verses 5 and 6 we read that God “Came down to see the city and the tower the people were building.  And then He said: “Here they are, one people, who speak one language.  From now nothing they attempt will be impossible for them.”  This is one of the most profound verses in the Bible.  Do not interpret the “one people and one language” through racial glasses.  What it says to me is that where you have a fully united team who shares a common vision and speak the same language (all on the same page), your team becomes unstoppable.

In 2018, 15 months before the 2019 Rugby World Cup, the Springboks lost 57-0 to the All Blacks.  Once again, this was the final straw that led to the sacking of a coach.  The new coach who took over, Rassie Erasmus created that common vision and unity of purpose in the Springboks.  He painted the picture and convinced his charges that they are good enough to be World Champions.  15 months later, South Africa won the World Cup by demolishing England in the final – using mostly the same players who had lost so madly to New Zealand 15 months before.  A real leader understands this principle.  A real leader is able to create that beautiful vision, draft a “road map” on how to get there, and unite his team in pursuing that vision. A real leader knows how to navigate to success.

Lead Now! The Law of Navigation
Clear Clear All