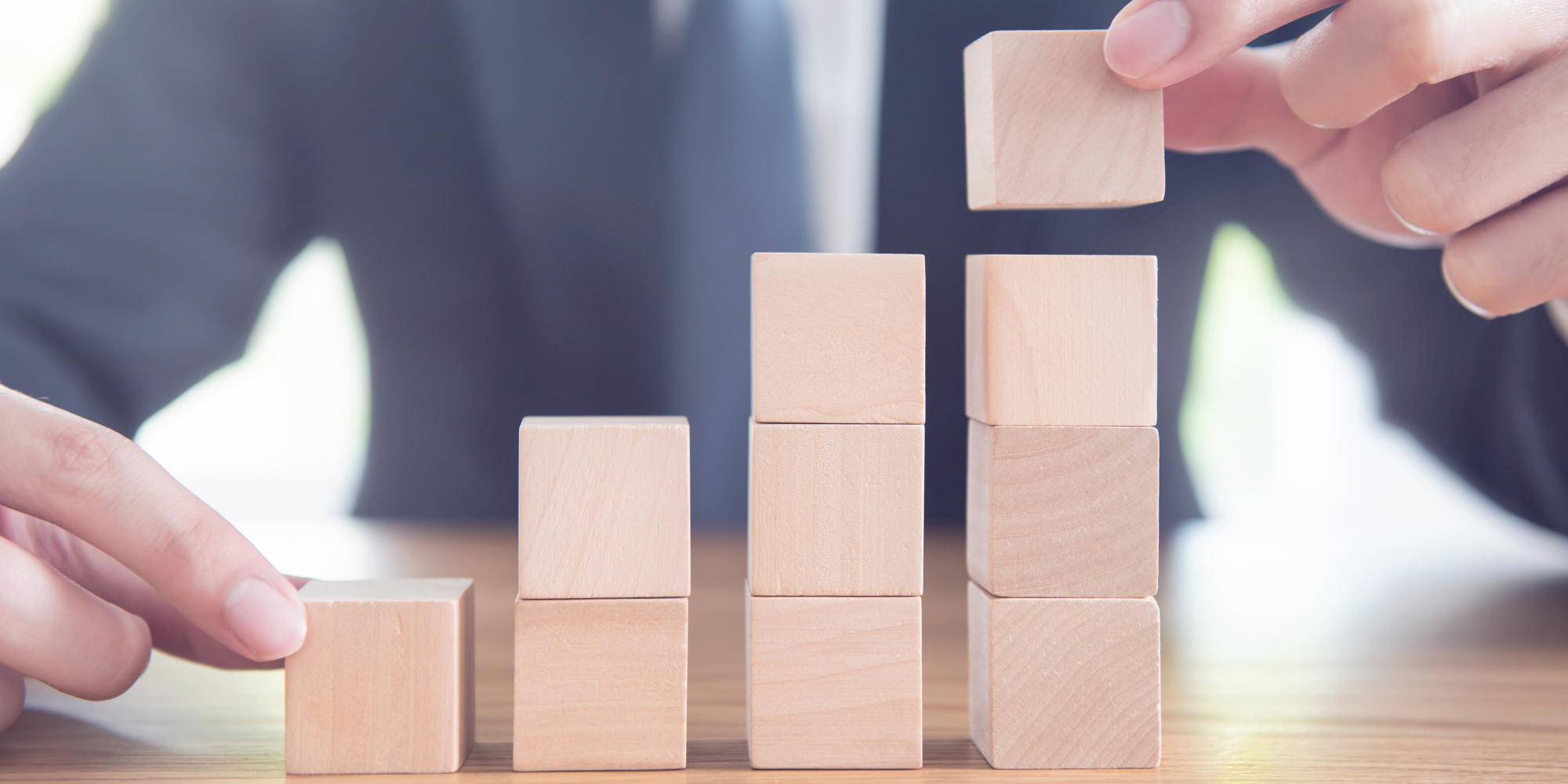 Way back in 1993, the year I started working, I met one of the most inspiring young people ever. This young man, Ryan Mitchell, became living proof of the concept of “Practice makes Perfect” and has inspired me in my coaching and teaching ever since.

Ryan Mitchell was in Grade 9 when I started teaching. He was a gifted rugby player with an awesome attitude. Ryan had decent speed but was not exceptional at that stage. At the interhouse meeting, he finished third, meaning that he was the third-fastest at his school (in his own age group) at that point in time. During the second term, he started on Flyhalf for my rugby team and the two of us got to know each other. At the end of the rugby season, Ryan came to me and told me that he wanted to become fast and if I could help him achieve that. Out of that conversation, “Speed and Power” training was born. For the next six months until the end of 1993, we implemented a 5-day-per-week speed-building program. From Mondays to Fridays, we would arrive at school early and train from 6-7 in the mornings. We took weekends off. This was in addition to the normal sports practices that took place in the afternoons. I had a group of about 1-0 boys who trained with us. The majority would be there about 3 times per week but some would be there more. Ryan was there every single day. From July to December, he did not miss a day of practice. Even during the holidays, he would be there, working an hour a day, from Monday to Friday.

When school re-opened in 1994, we had our inter-house athletics and all the boys who trained with me had become significantly faster. Ryan Mitchell though was suddenly really quick. He won the Interhouse (meaning that he was now the fastest sprinter in his age group at his school) and he also won the Bond athletics meeting (Interschools). He did not make the Provincial sprinting team that year, but already there was a massive improvement. At the end of that rugby season, the boys came to me and told me that they wanted another 6 months of “Speed and Power”. So off we went for another 6 months – with Ryan being there every single day.
When the athletics season in 1995 came around, Ryan had become seriously fast. Not only did he now dominate the races at school, but he also made the Provincial athletics team, coming second in the 100m sprint. He went through to the National championships and ended in 5th place – an incredible achievement. At this point, Ryan had stopped playing rugby to concentrate on his athletics. He was now training the full year and our speed and power training program was a natural extension of his hard work. I still had my cohort of rugby boys training in the mornings, but Ryan was there every day, he had become our inspiration.
In 1996, his final year at school, Ryan was the fastest at his school, setting numerous records. He won the Bond meeting (Interschools championships), won the Provincial Championships (making him the fastest sprinter in Northern Gauteng), and came second at the National Championships. Over a period of 4 years, he had improved from 3rd fastest at his school to 2nd fastest in the country. What an inspiration. But what this taught me, was the value of the Law of Process. One hour per day, 5 days per week, that’s what it took. Nothing happens in a day. It all happens daily.

It was Aristotle who said that “We are what we repeatedly do” and this truly is the secret of success in life.  We have been created in such a way that we become excellent at the things we repeatedly do.  That means that our habits (good or bad) define us.  “Practice makes Perfect” is so true.  For us to really understand the Law of Process, we need to look at how we were put together.

Let me try to explain in layman’s terms what the effect of practice is on our brain: the brain is an incredible organ.  It has the ability to rejuvenate itself and it has the ability to keep growing inefficiency without growing in size.  The brain itself consists of cells called neurons.  These cells look like little arms with fingers protruding from the end of these “arms” (We call these fingers dendrites).  What is interesting is that the neurons connect with each other via the dendrites and that they convey “electrical surges” from one end of the brain to the other.  These “roads” that the electrical surges travel on are called “Neural pathways” and the neural pathways control our actions.  What is most amazing about this is that new neural pathways are continually created and old, unused pathways are continually destroyed.

In other words, when I have a new thought or learn a new skill, a new neural pathway is created in my brain by dendrites connecting to each other to convey an electrical impulse from one part of the brain to another.  This fresh, new pathway is very unstable and flimsy.  When I repeat that thought/skill and the electrical impulse travels over this pathway again, the pathway becomes stronger.  The more I repeat that thought/skill, the stronger that neural pathway becomes.  Eventually, the things I repeat on a daily basis, become habits because those neural pathways become the default, taking me on that path without thinking.  My son’s wrestling coach as a youngster was a Russian called Alibeg Vetchedov.  He used to say that if you repeat a skill or movement 30 000 times, it becomes instinct.  That is the Law of Process in action.

I, therefore, become proficient in everything I do consistently on a daily basis – even my bad habits.  And that also applies to Leadership.  For me to lead my life effectively, I need to practice personal leadership.  I need to own who I am and who I am becoming.  This is an intentional process.  It doesn’t just happen by itself.  If I want to become a good leader in my life, I have to exercise good leadership on a daily basis.

But Leadership and character development happen in stages.  I experienced this in my life because I was elevated into a senior leadership position at a young age.  Looking back, I know I wasn’t ready for that yet.  But there I was, and I experienced these stages:

Phase 1: I don’t know what I don’t know.  When I became a Deputy Headmaster at age 28, I thought I knew everything as a leader.  I was so arrogant and hurt many people because in my mind I thought I was right and I knew what I was doing.

Phase 4: I go with what I know.  Eventually, the Law of Process results in you actually becoming proficient in what you are learning.  Overtime (many years), I became a better leader and now leadership starts to come naturally.  There are still days where I mess up, but at least I lead better now than I did back when I was 28.

In conclusion, I want to pull the Law of Process through to Leadership development.  At the School of Leadership, we apply this law to what we do.  We strongly believe that you can’t take somebody on a once-off event and expect them to be a leader.  You don’t study one course, or do one intervention and suddenly you become a leader.  Becoming a leader is a journey.  It is a process of intentionality where I learn about leadership and I practice leadership over time.  Leadership starts with you personally, taking ownership of your personal life, and leading your life responsibly.  As I develop my intention to lead my life better, I also develop my character.  I, therefore, become a better person over time as I become a better leader.  The School of Leadership, therefore, take its participants on a journey of 5 years where we teach them the theory of leadership and re-enforce this with practical opportunities to lead.  If you are serious about developing as a leader, it is something you must spend time on.  Read leadership books, listen to leadership podcasts, watch leadership YouTube videos.  Do what you want to do, but apply your mind consistently to the concept of leadership.  Check yourself and make sure you are actively trying to become a better leader of your own life and in the process, you will become a better leader of others.

Life is a journey where we have the opportunity to continue to learn and grow and become better.  The day you stop doing this is the day you start dying.