Lead Now! – The Law of Influence 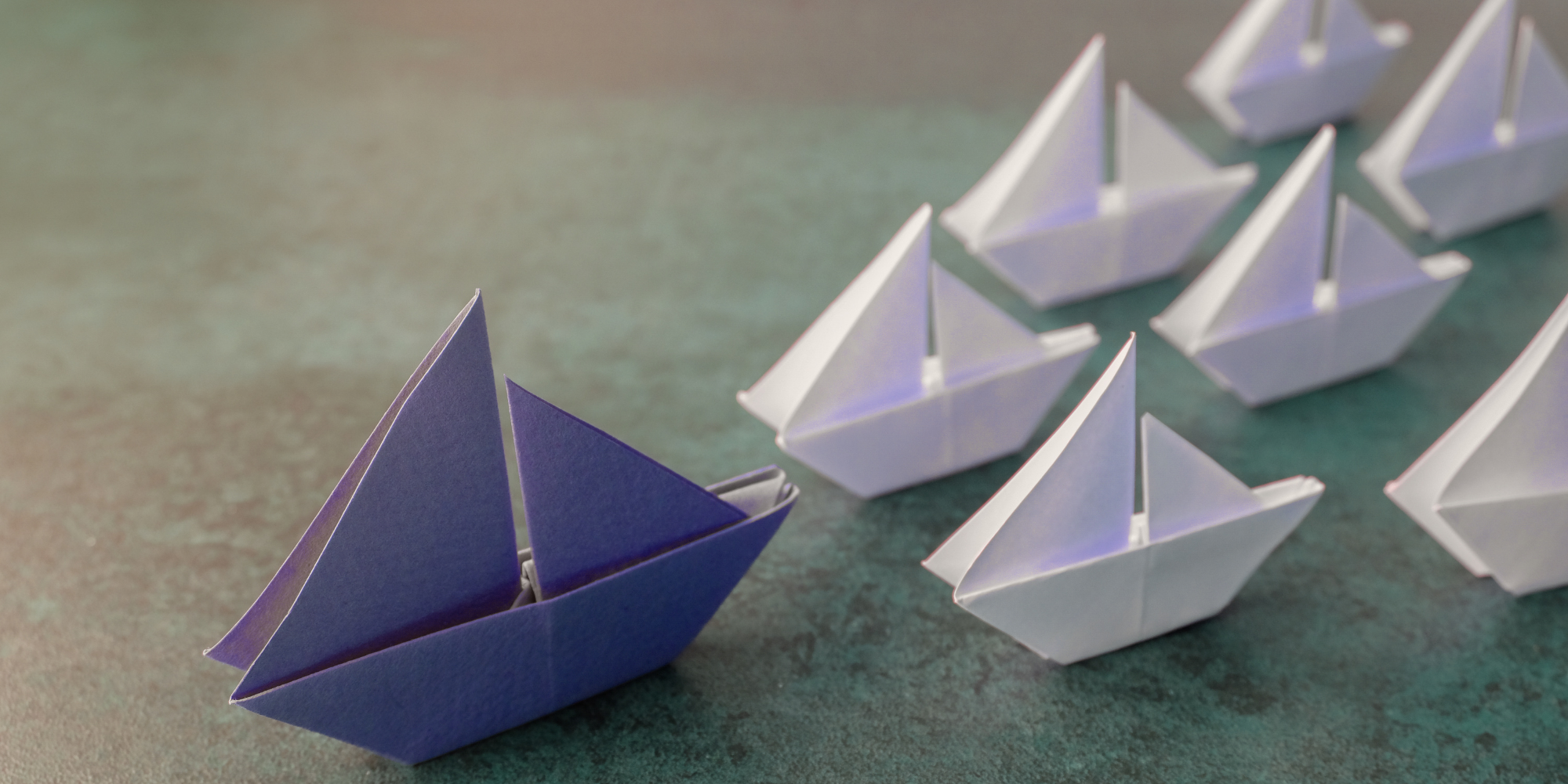 I cannot do anything about the past.  The past happened and I cannot go back there to change it.  The only thing I can do with the past is to learn from it.  And I learn from my past by not repeating the mistakes I made and repeating the successes I achieved.  I can also not travel into the future.  I cannot bypass difficult times and teleport myself to “the good times”.  I can, however, change the future.  And I do that by what I decide and do today.  I create my future today and I influence my life by the choices I make today.

Not all leaders make a positive difference.  We often see people lead riots and wars that cause destruction, and yet they are followed blindly.  Just think about Hitler and the German Reich.  He had tremendous influence over his people and they blindly followed his instructions.  He abused the power that his influence gave him.  If you have influence, people follow you, even if it’s in the wrong direction.

A few years ago I saw the Law of Influence in action.  A local high school experienced a ”revolt” by its pupils who became severely unhappy with a number of restrictions that the school imposed.  One day the “school” just decided that they had enough.  The whole school moved to the sports field and started singing songs there, refusing to go back to class until their grievances were addressed.  Several teachers tried moving them back to class, without great success.  After a stand-off that lasted about 10 minutes, one of the school’s deputy Principals, Mr. Jannie Raath, came down to the field.  He walked in amongst the pupils and started chatting to a few of the seniors.  He knew the real leaders in the group and he quietly went up to them and spoke to them individually.  Within 5 minutes the group dispersed and the school was back in class.  Why?  Because Mr. Raath knew his customers.  He knew the people of influence in the school population and he was able to connect with them.  And he had an influence that stemmed from his relationship with the pupils.    By speaking to the real leaders he was able to negotiate an outcome and the school trusted him to keep his word and deliver the outcome.  Mr. Raath went on to become a highly successful Principal of his own school.

I saw the same principle in action in the English Premier League over recent seasons.  In 2017/18 Manchester City accrued the most league points in the history of the league.  They had an excellent team with good players across the park.  But in the heart of their defense, they had a man of influence – a real leader called Vincent Kompany.  Kompany exerted calmness and control on his team that allowed his team to totally dominate.

Towards the end of that season, Liverpool bought a similar man – Virgil Van Dijk.  Virgil was also a central defender, but he was a phenomenal leader like Kompany and he brought similar control to his team.  The season 2018/19 was one of the most intense title races in the history of the sport.  Man City and Liverpool swept everything in front of them, pushing each other to the limit.  In the end, Man City won the league by a mere two points.  Liverpool scored the third-most points in history but still did not win the league.  And then Kompany left City.

2019/20 belonged to Liverpool.  Man City was a shadow of itself, lacking composure and control that defined them in the past.  Their leader was gone, the man who brought stability and influenced the entire squad with his strength of character had moved on and the team was just not able to function as it had done in the past.  Liverpool, under the influence of their giant in the heart of their defense, set one record after the other as they swept through England.  The irony is that Van Dijk was not the team’s captain, but he was their leader.

Then came the 2020/21 season – a season that started late due to the Pandemic.  Early on, Van Dijk was injured against Everton and he was out for the season.  Liverpool crashed.  Initially, Man City was also not performing well and there was not a single team who stood out as potential champions.  In the January transfer window, Man City pulled off a masterstroke.  Due to an injury crisis amongst their defenders, they entered the transfer market and acquired the services of a man who filled the hole the has not been filled since Kompany left – a man called Ruben Dias.  And what happened?  Liverpool was nowhere and Man City rose – winning the league comfortably after languishing in the bottom quarter of the league before the arrival of Dias.

This is leadership.  This is the impact that one man can have on a team.  That influence of Kompany, Van Dijk, and Dias is what enabled those teams to excel the way they did when they did.

Unfortunately, people have many misconceptions about Leadership.  There are many people who don’t understand what leadership is and who true leadership sits with.  In fact, we’ve had a number of “Myths” that have developed around leadership.  Let’s take a quick look at these myths:

People think that if you are rich, you are a leader.  They also think that a good entrepreneur makes a good leader.  This is not always true.  A good leader can be rich and can be a good entrepreneur, but many entrepreneurs are “lone rangers” – people who focus on their personal wealth instead of the greater good of people.  Leadership does not come with money, possessions, or business ideas.  It comes with influence and the ability to influence the lives of others.

I found it amazing at school to see how pupils will vote for the “clever” pupils to be leaders.  Many people think that it is your intelligence that makes you a leader.  Once again, this is not necessarily true.  A leader can be intelligent and often are, but there are many intelligent people who are not good leaders.  Being “clever” does not mean you know how to impact other people.

The Pioneer is the person who walks in front, crosses new horizons and explores the unknown.  Many good leaders are also pioneers, but there are also so many pioneers who are “lone rangers”, who like to go off and explore by themselves and do not really lead anyone.  Leadership is the ability to inspire and influence people to join you on your journey of discovery.

This is probably the greatest leadership myth.  People think that because you occupy a certain position, you are the leader.  Consider the example I shared earlier, about Virgil van Dijk not being the captain of Liverpool, and you will understand that the good leader is not always in the “top” position and the person in the “Top position” is not always the leader.  Your position does not make you a leader, your character does.  The ability to influence people is what sets leaders apart.

In conclusion, I would like to tell you a beautiful story about influence and leadership. In 2007, after South Africa won the Rugby World Cup, Jake White was replaced as coach by Peter de Villiers.  Peter became one of the most maligned coaches in the history of Springbok rugby.  The media and many supporters turned on him because of perceptions that were created.  His record as coach was actually rather good – he became the first Springbok coach since 1992 to beat New Zealand in New Zealand and also led his team to a series victory over the British Lions.  Whenever the team achieved success, it was alleged that the senior players in the team made all the decisions and “ran the show”.  Whenever the team did badly, it was the coach’s fault.  The reality is that Peter de Villiers was a good coach and he won the loyalty of his squad.  When he was appointed he realized that the team he inherited contained many strong leaders and strong characters – men who had a tremendous influence.  Peter harnessed that influence.  He got those strong leaders on his side.  He did not try to dominate them or force them to come around to his way of thinking.  Instead, he harnessed their influence and used it for the good of the team.  Here you had a leader who was not scared or intimidated by people of influence on his team, he used their strength for the benefit of the team.

Leadership is influence.  And each of us has the opportunity to develop a positive influence on the people around us.  It is something we can develop, so let’s go do that.

Lead Now! - The Law of Influence
Clear Clear All